Every business needs a cheerleader, and Tisha Hammond has been one for small businesses for the last five years. Her Farmington Hills-based Ascent Small Business Promotion LLC, popularly known as From Launch to Ascent, offers consulting services, online training, inspirational talks, business retreats and more.

While Hammond calls her blog Pep Talk, she’s by no means just a pompom-brandishing cheerleader. She was a badge-and-gun-carrying police officer for 10 years. She spent 21 years working for the government, the last part of that service conducting equal employment opportunity investigations. 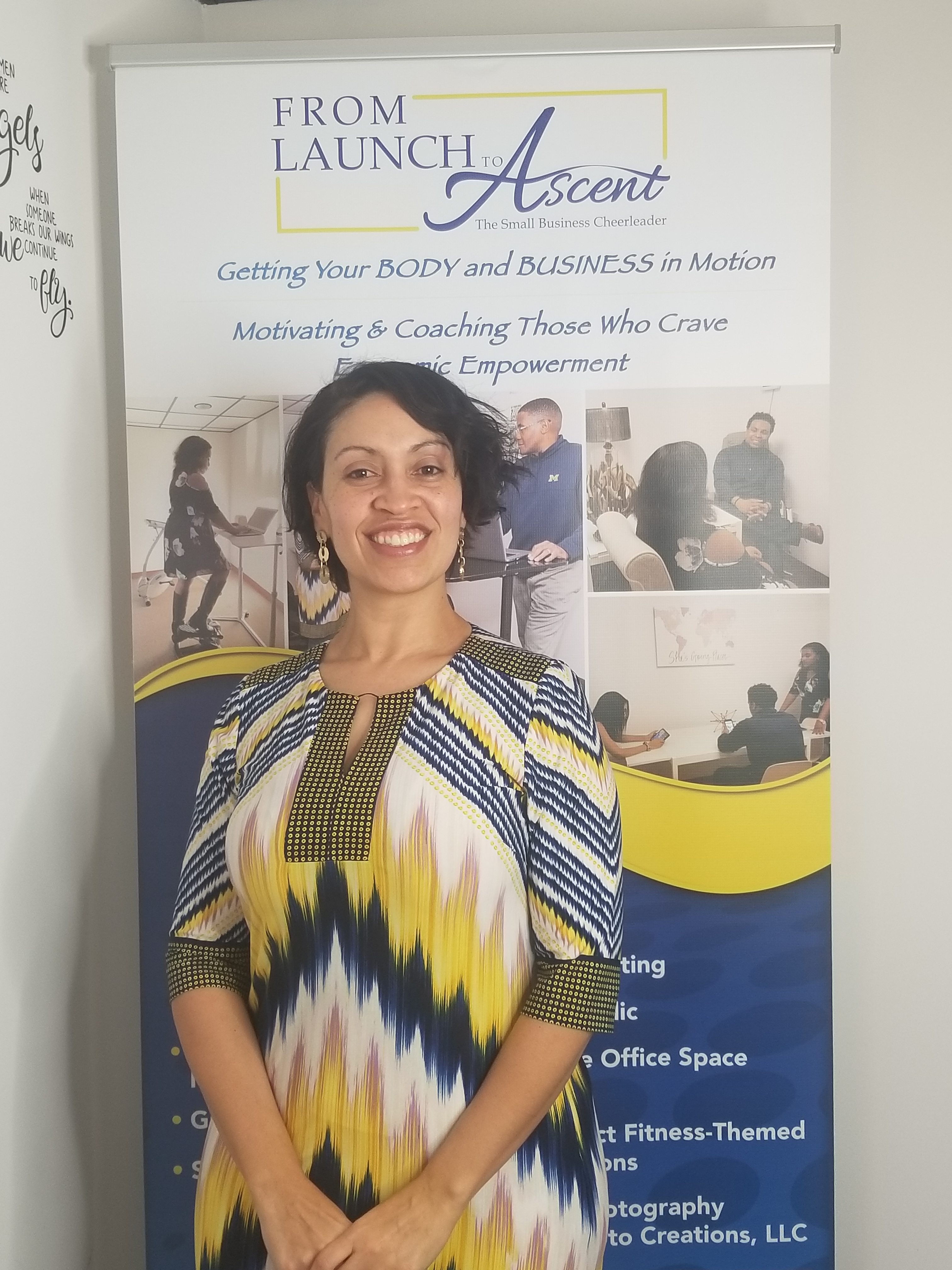 FOUNDER, FROM LAUNCH TO ASCENT

There’s something both tough and soft about her, though, most likely because of the road that led to where she is today.

In 2014, both her brother and sister, neither of them yet 40, died. In addition, she and her husband mourned the passing that year of 24 other people they knew. It was a tragic year that ended with a “moment of clarity,” she said.

On Nov. 29, 2014 — yes, she recalls the exact date — she had a dream that featured the Ascent logo in its blue and gold colors and the “Small Business Cheerleader” tagline. “It was one of those dreams I didn’t forget,” she said.

Not much later, she took a test at work to find her “dream job,” which came up as either in public affairs — her husband’s field — or as a small-business promoter. “I said, ‘What’s a small business promoter?’ ” she said with a laugh.

Once she learned, she realized that, through all her employee interviews over the years, she encountered so many people who would rather be doing something else for a living. They weren’t living their passions. Ascent Small Business Promotion was born as a home-based business devoted to helping people make money doing what they love.

A place of her own

Hammond ran Ascent out of her home from January 2015 through March 2017 while still working for the government. In 2018, she retired, going full-time with Ascent in March of that year. That’s when she opened her office, an appointment-only consulting space that includes a meeting room for clients and an area for in-person training sessions.

Positive sayings adorn the walls of her office, which features a flat-screen television, plus a small treadmill and a stair-stepper, so she can get in some exercise while conducting calls or catching the news.

Adjacent to her office sits her husband’s photography and videography company. Hammond sometimes borrows his equipment to record videos or snap photos for her business’ social media pages. Before her interview with Local Business News, she posted a video saying she was praying for clarity in conveying her message — an idea that’s relevant for all business owners.

Hammond, who’s a small-business owner herself and an expert in equal opportunity and human resources issues, counsels and trains clients around the world. “My clients are health-care providers, ‘solopreneurs,’ nonprofits, corporations, agencies, small boutiques,” she said. They run the gamut of industries, but all of them can benefit from a few pieces of advice, she said.

9, Find the right price point, and pay attention to expenses. This goes along with finances, but Hammond advises knowing what you’re worth and being prepared for expenses like office supplies, rent and utilities if you’re in a physical office. Also, be prepared for people to offer you a lower price point, and have a strategy to either say no or find a path to getting the amount you want.

In other words, don’t give up.

Ascent Small Business Promotion LLC is available by appointment only.