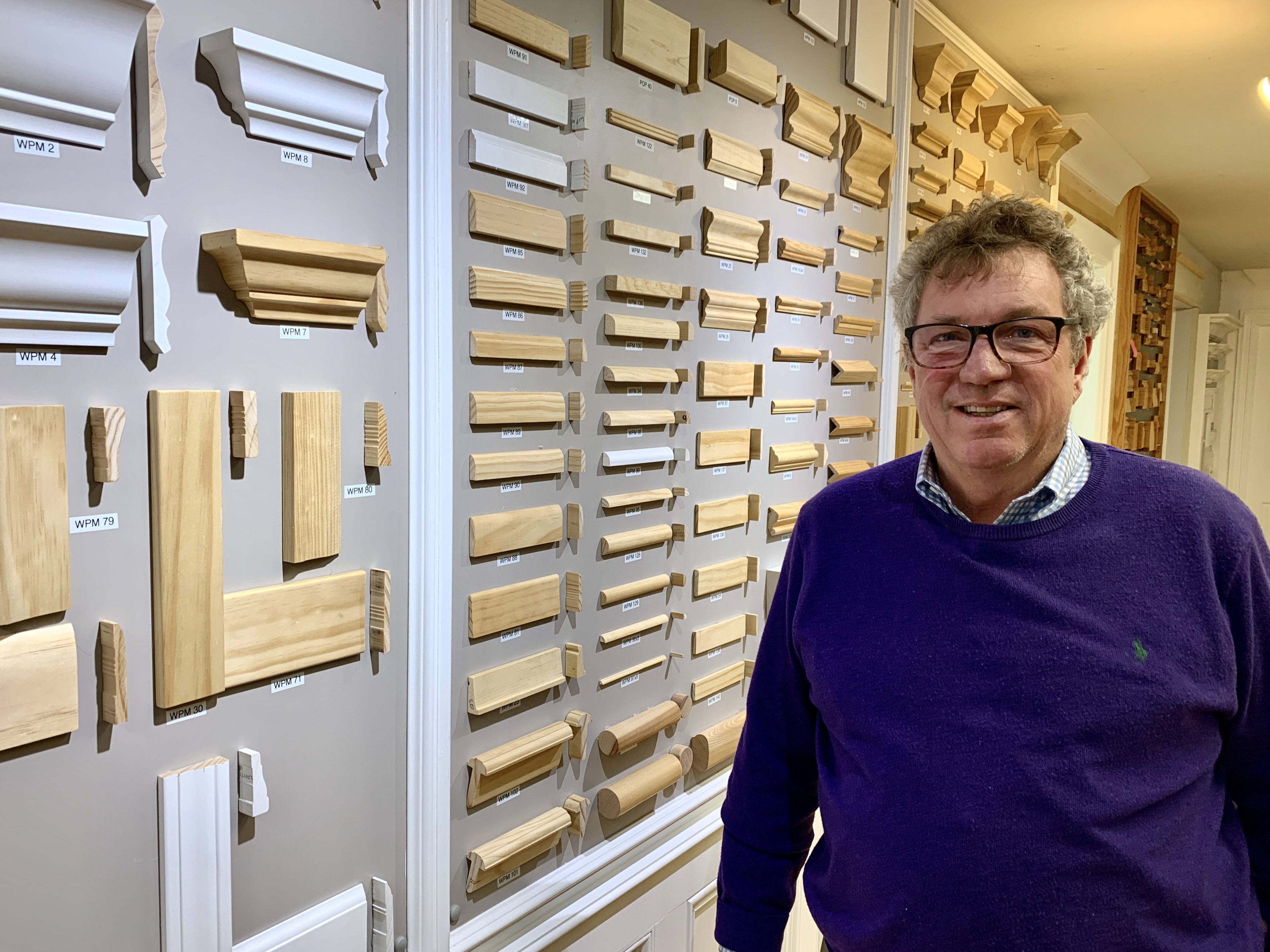 Can’t decide what you might want? Wander through 14 updated displays of modern kitchens and baths. Customers can see the latest in self-closing doors and drawers, unique woods such as rift-cut white oak, and interior-lit cabinetry.

Window, decking and door displays (including touch-activated electric doors) are arranged in a separate part of the building.

Curt Belaney of Rochester Hills was pleased with his new door. “Brandan Luther (an employee) was a true professional throughout the search, choice and delivery. (Installation) was perfectly done. Thanks to Dillman & Upton for improving our home,” Belaney said.

The business is run by brothers Brad Upton, the chief executive officer, and Todd Upton, the president. The brothers’ wives — Sue and Stacey, respectively — work there, too. All told, 60 employees are on staff to assist. 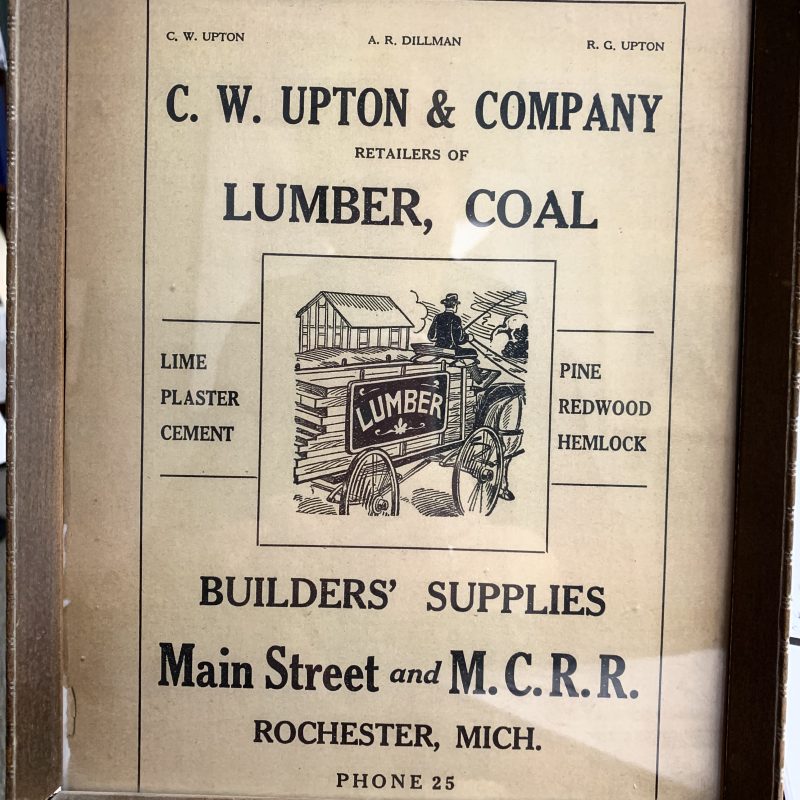 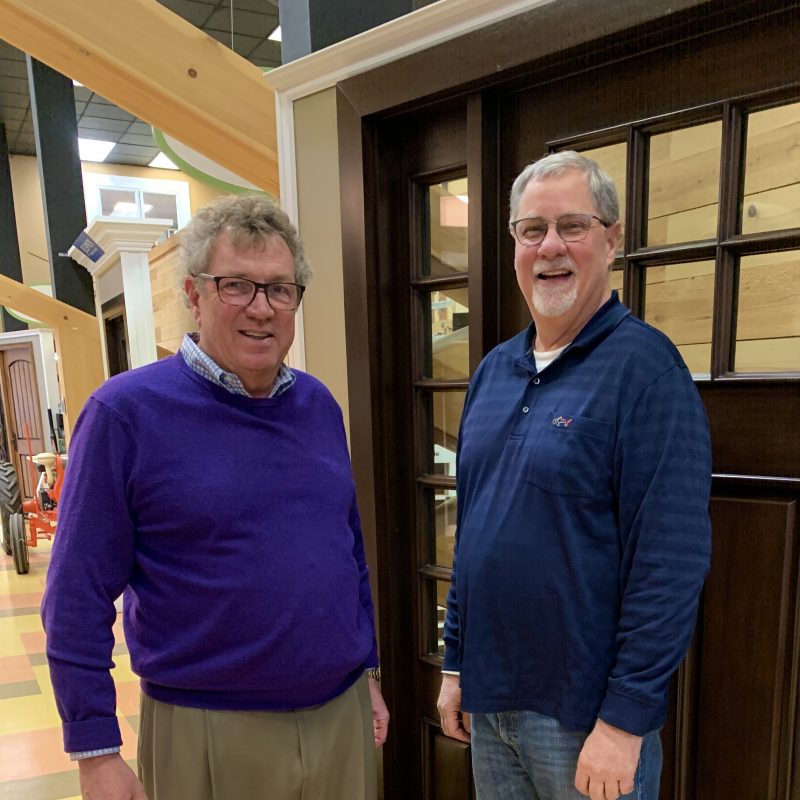 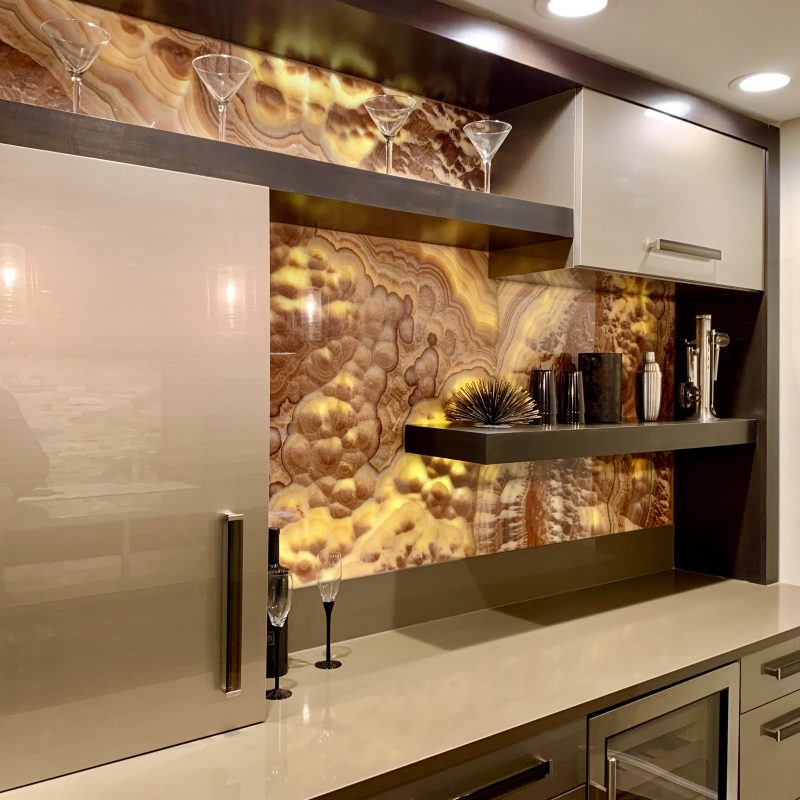 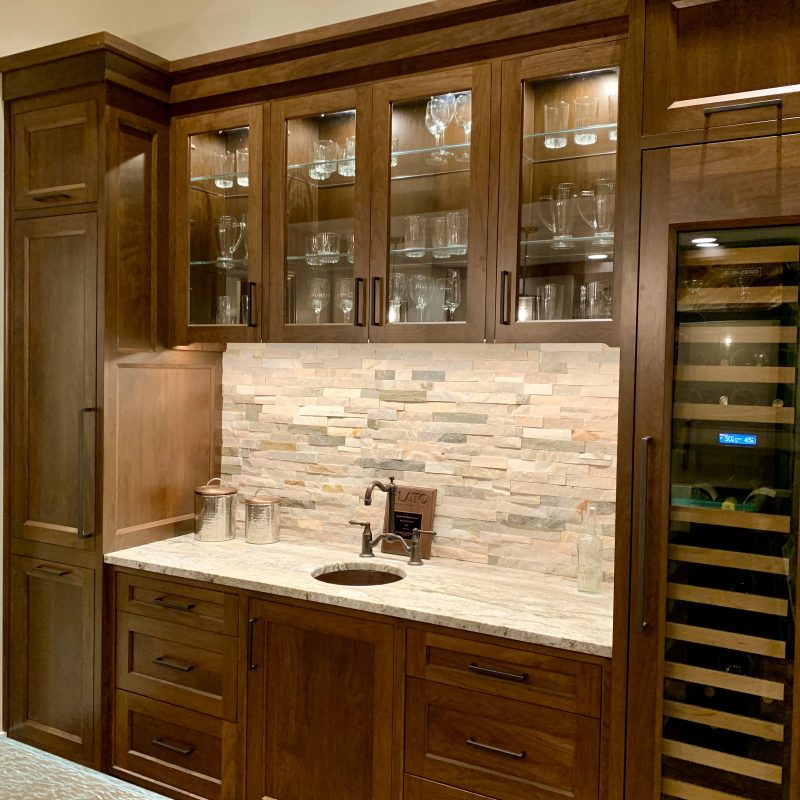 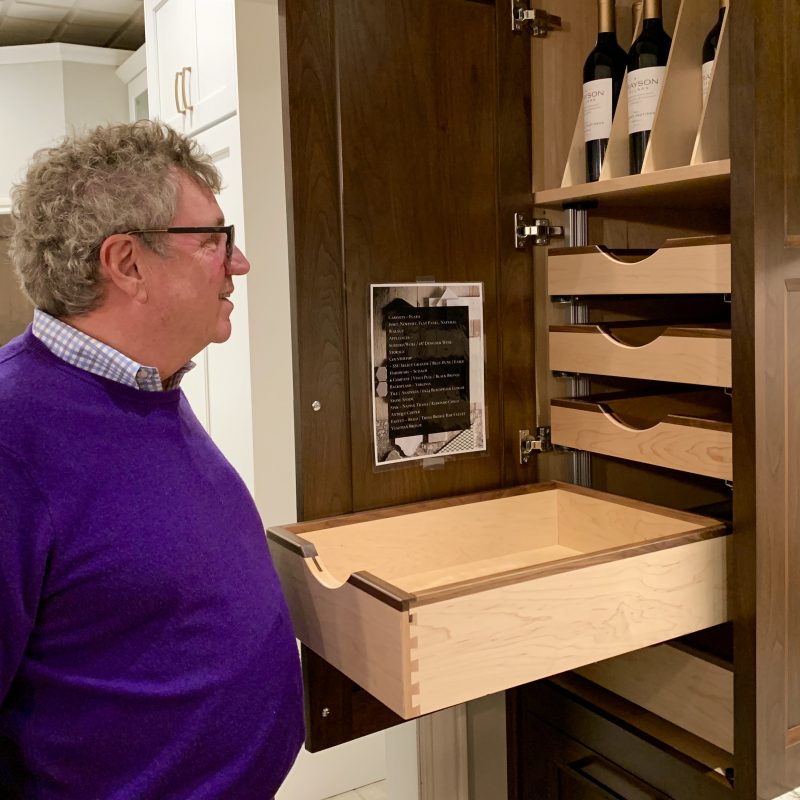 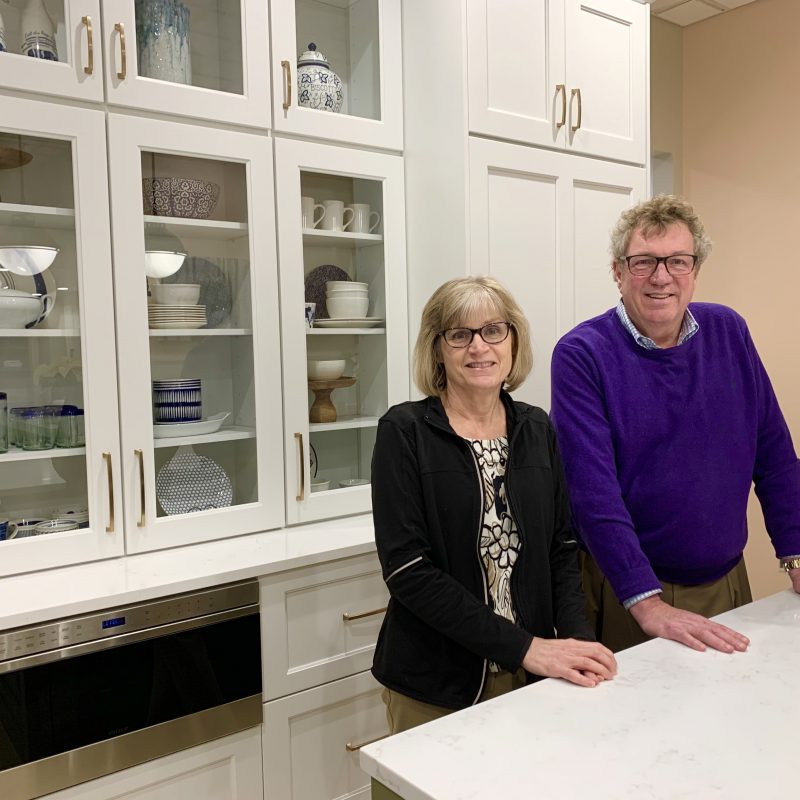 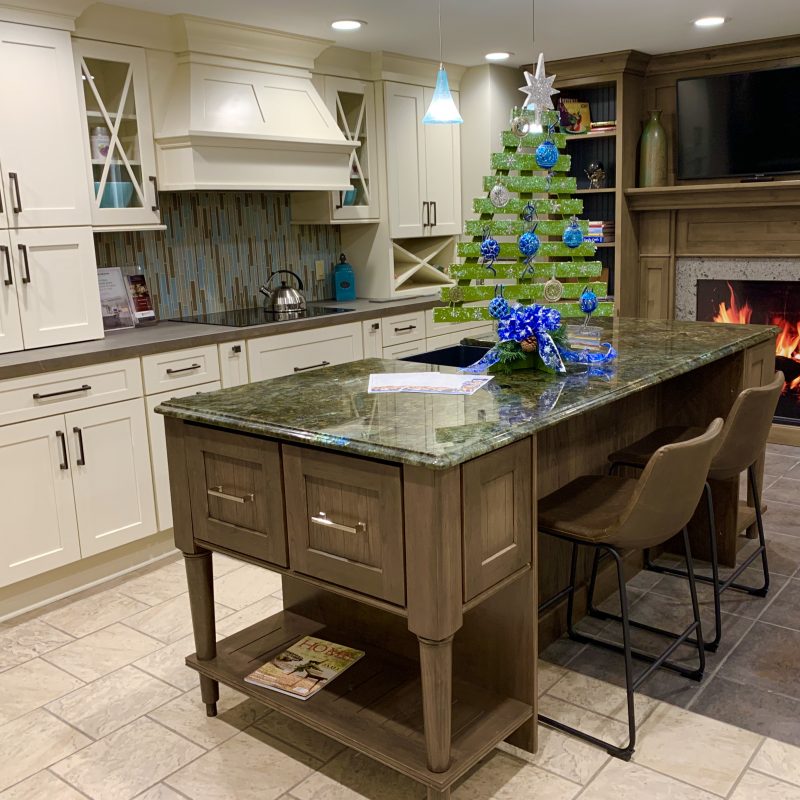 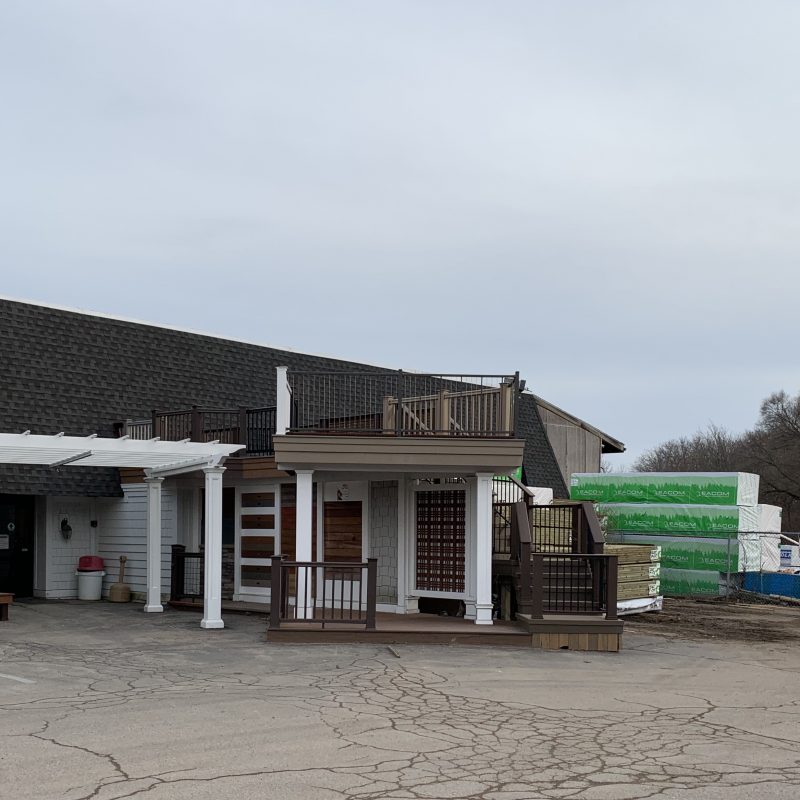 C.W. Upton’s nephew, Roy Upton, worked with him. C.W. also brought his son-in-law, Arthur Dillman, in as a bookkeeper. In the 1950s, the business was incorporated as Dillman & Upton.

Ownership has passed down through the Uptons; Brad and Todd’s father, Terry, worked in the business in the 1990s. Brad and Todd Upton now control the company, and Ryan Upton, Todd’s son, is on the staff, representing the next generation.

The showrooms have a fresh appeal, all updated in 2019, said Brad Upton. Customers include home-builders, remodelers, deck-builders and homeowners.

“Our biggest niche with local homeowners is installed sales,” he said. That means the installation of new kitchens, bathrooms, windows, decks and doors.

Homeowners thinking of a redo should take note: “One of the biggest returns on remodeling is the kitchen and bath,” he said.

Click Here
For customers considering an update to a kitchen, the Uptons note that the trend now in countertops is a composite quartz. “It’s easier to maintain (than granite),”  Brad Upton said.

Before diving into a new remodeling job, “interview a couple (of contractors) and get comfortable. The right architect and builder can make the experience a good one,” he said.

The Uptons keep a list of preferred skilled contractors — and they recommend getting the right people before any project is undertaken.

“We can provide a good referral for contractors, architects and engineers,” Brad Upton said.

Dillman & Upton also has experienced kitchen designers on staff. These professionals work with customers to design the room on a computer. A full kitchen redo can run between $25,000 and $100,000.

A separate window and door showroom is also available. The Uptons work with many manufacturers, including Andersen and Jeld-Wen. In 2020, watch for the addition of a display of new high-end pocket doors, a type of sliding door that, when open, is kept inside the adjoining wall.

“The advantage? It’s dramatic,” Brad Upton explained. By “hiding” the doors, a scenic view can be revealed.

“We can assist you with rough lumber, trim lumber, kitchens, baths, doors and windows,” he said.

“We’d love to sell everything, we’re happy to sell anything,” he added. “We try to sell the things we are good at.”